Three friends – Paul Schwan, Clarence Handerson, and Edmund (Ed) Kagy — met regularly at the Alley Bar in Cleveland to reaffirm their friendship and recall the joys of their college days

At one such meeting in April of 1912, they decided that the unity of their friendship was so valuable that it should be perpetuated by bringing other friends into the organization.

The first meeting was held on June 24, 1912, during which a constitution was presented and accepted, even though the club had no official name at the time. On January 7 the following year the name Gyro (suggested by new member Jimmie Hubbell) was adopted. It was drawn from the word “gyroscope”, symbolizing the ability to maintain a desired course and attitude regardless of outside influences.

To read more about the history of gyro, please refer to “The Founders and Early Gyro” by Emil Baijot below. 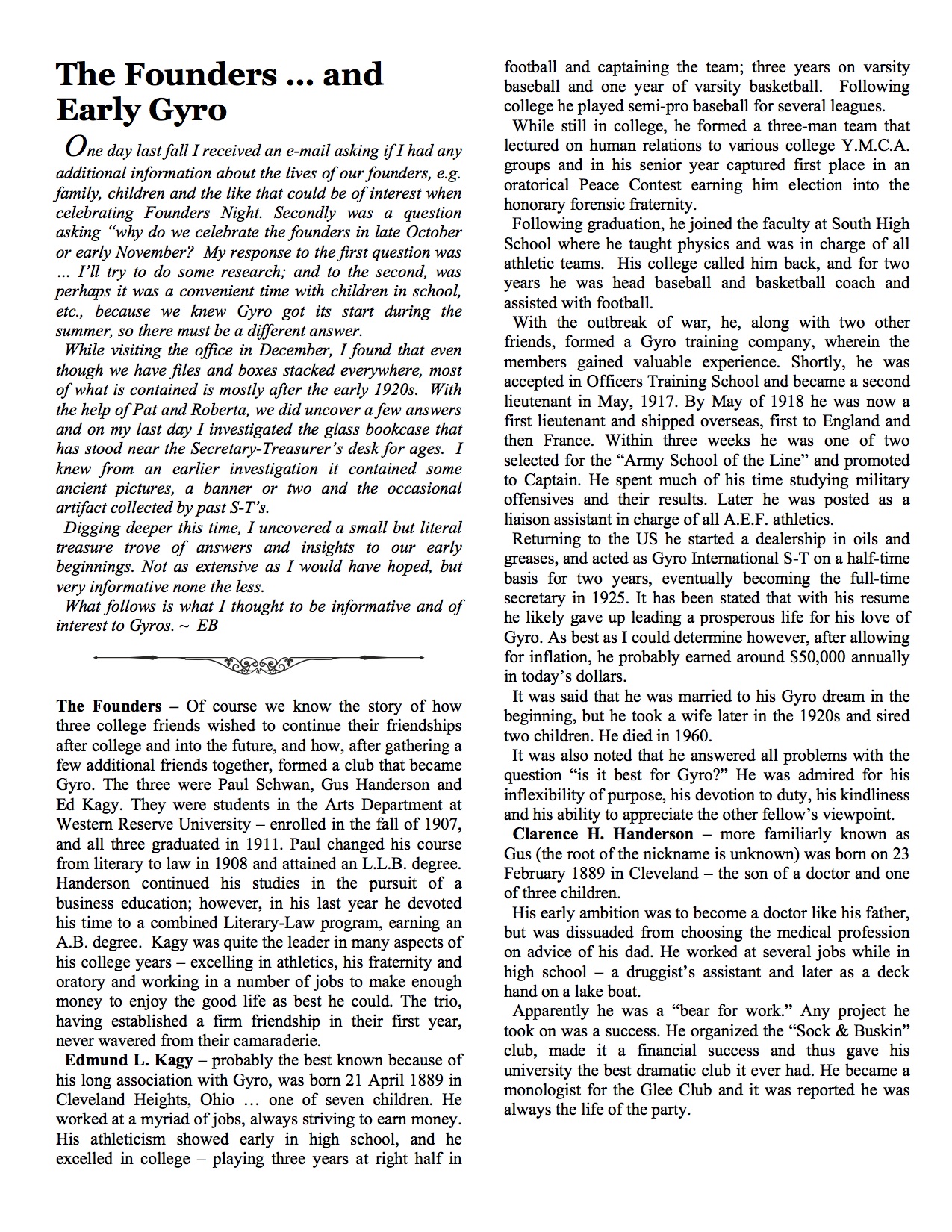 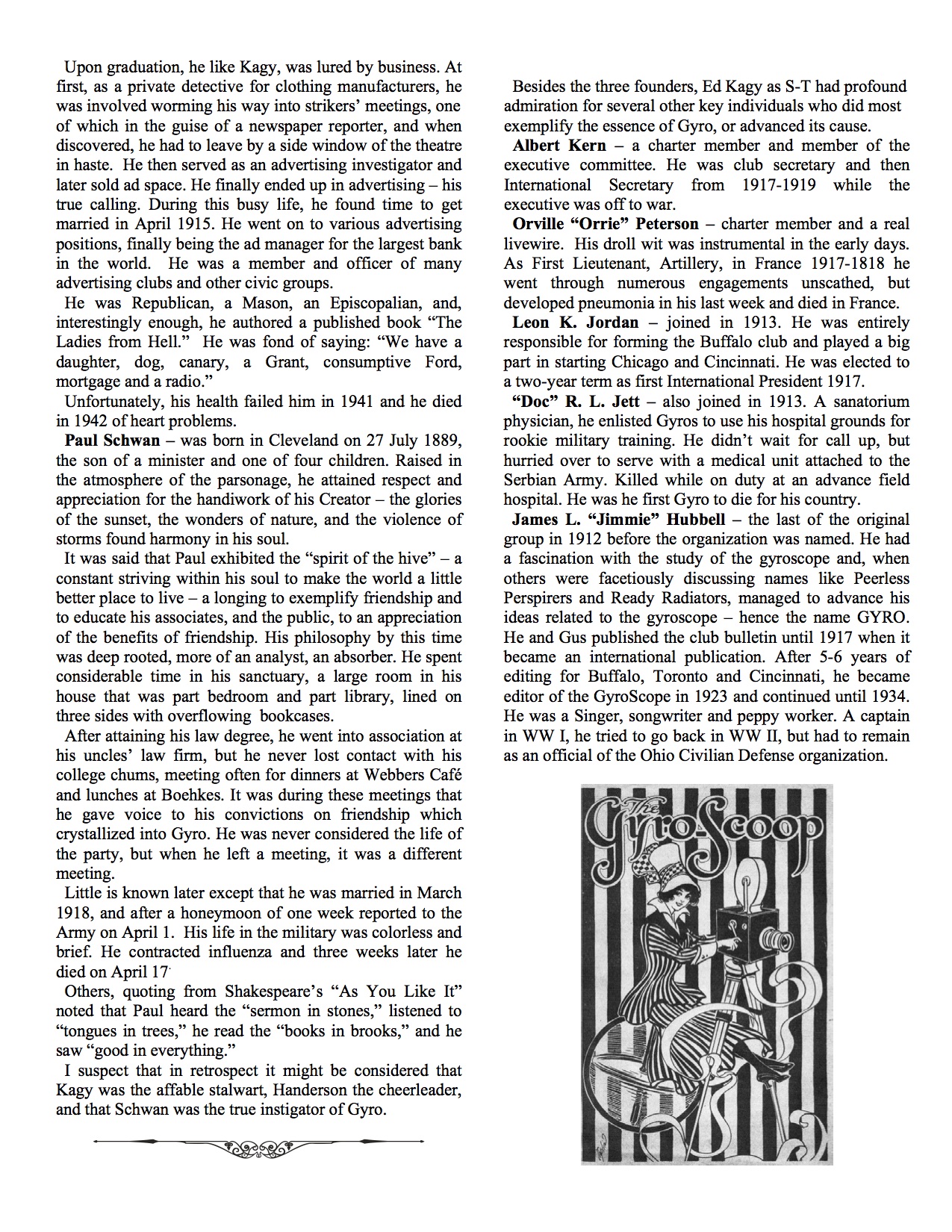 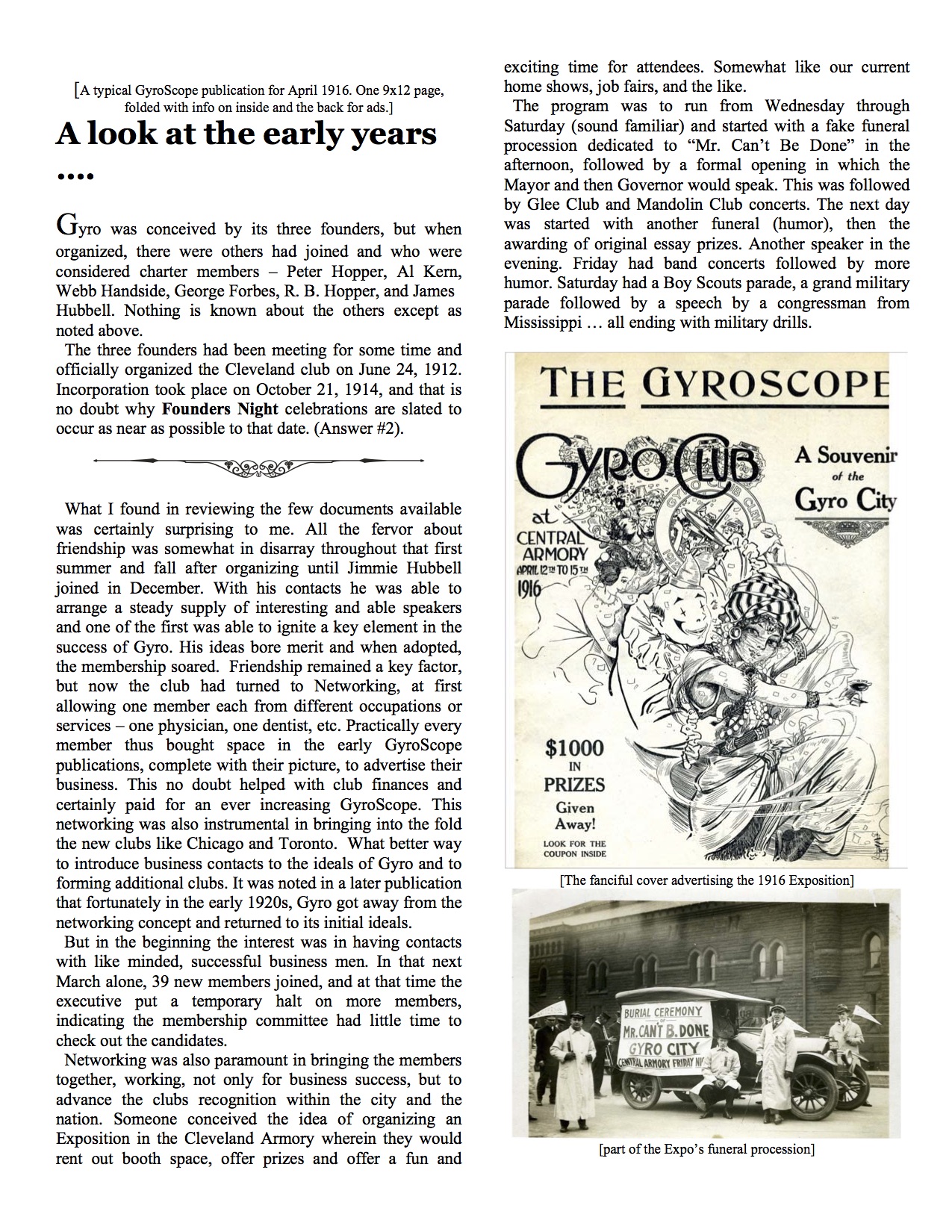 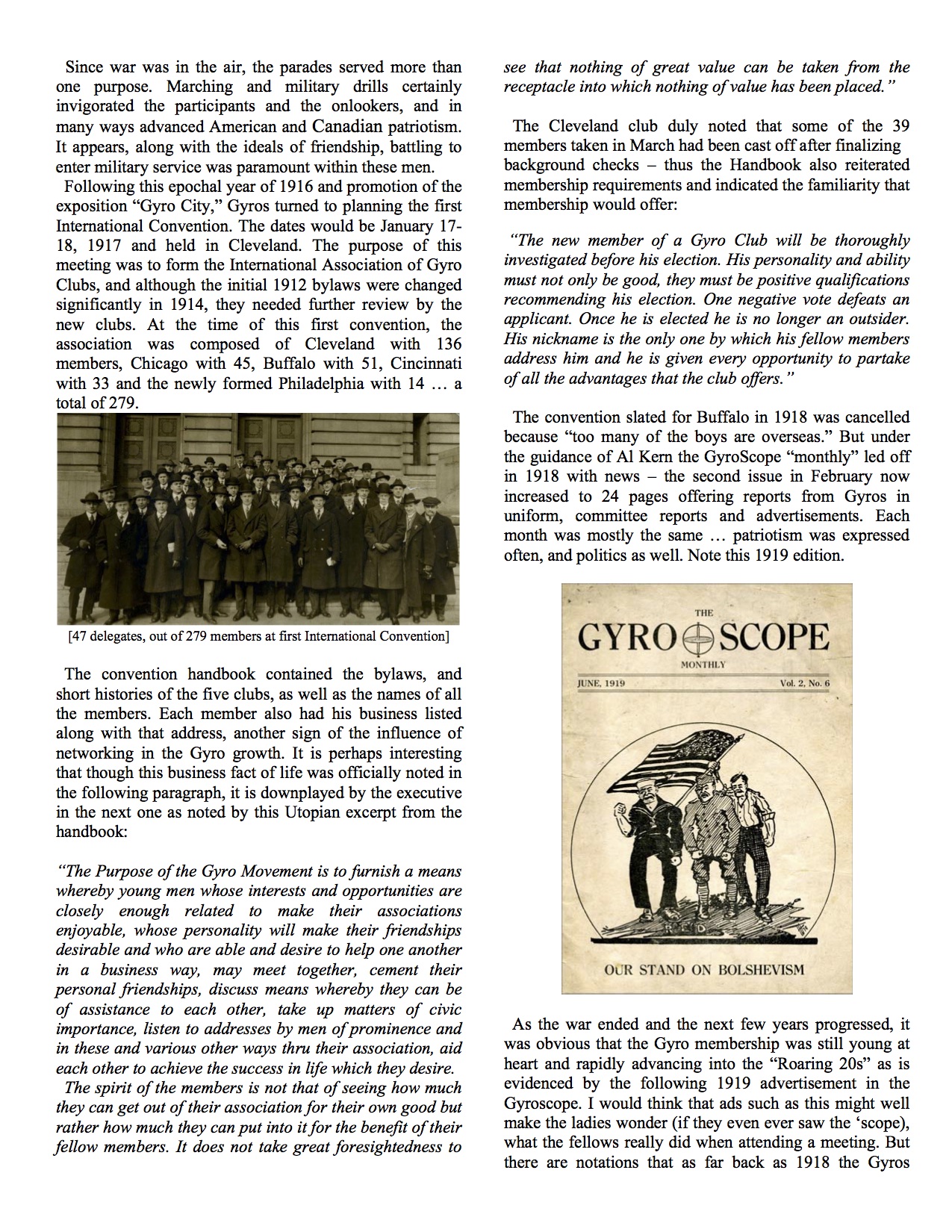 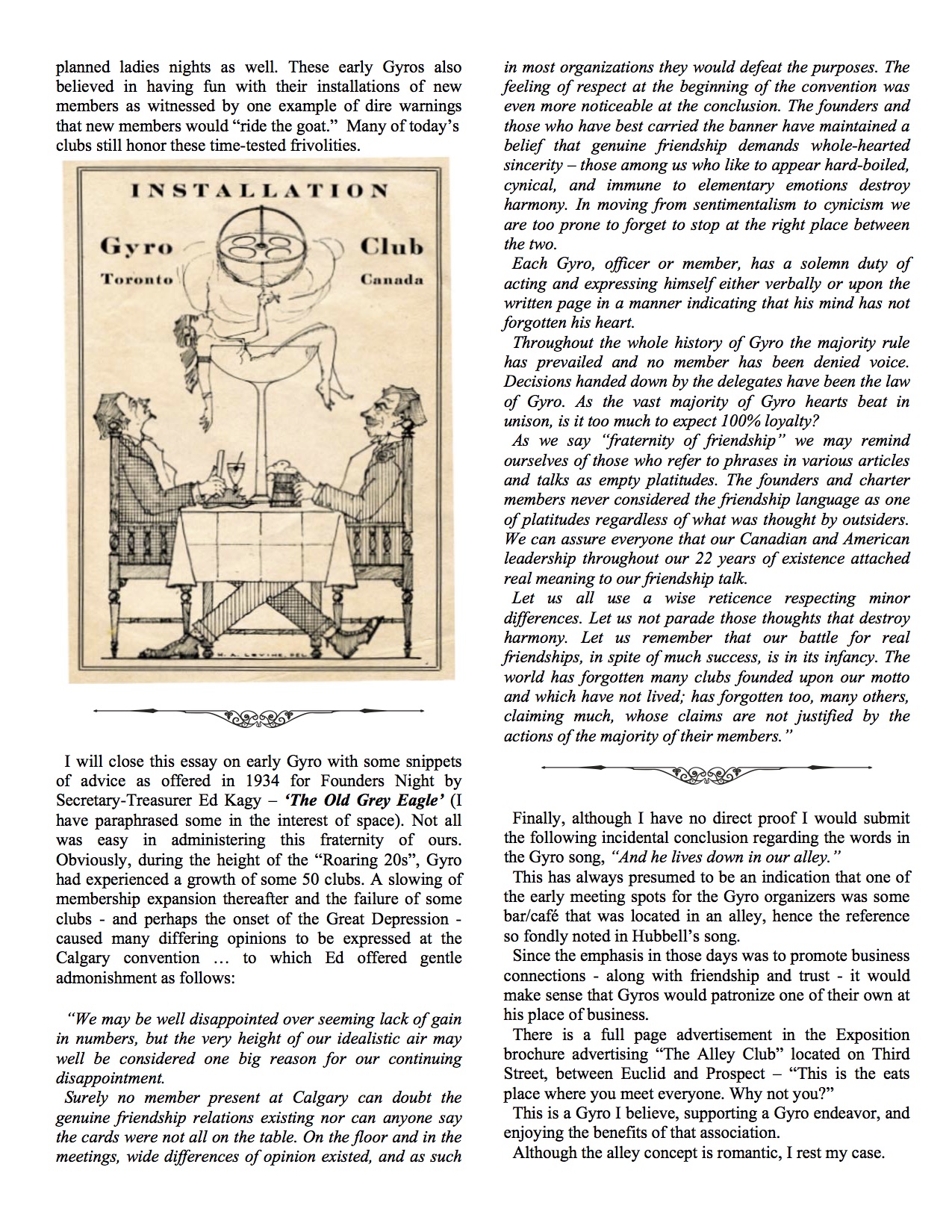 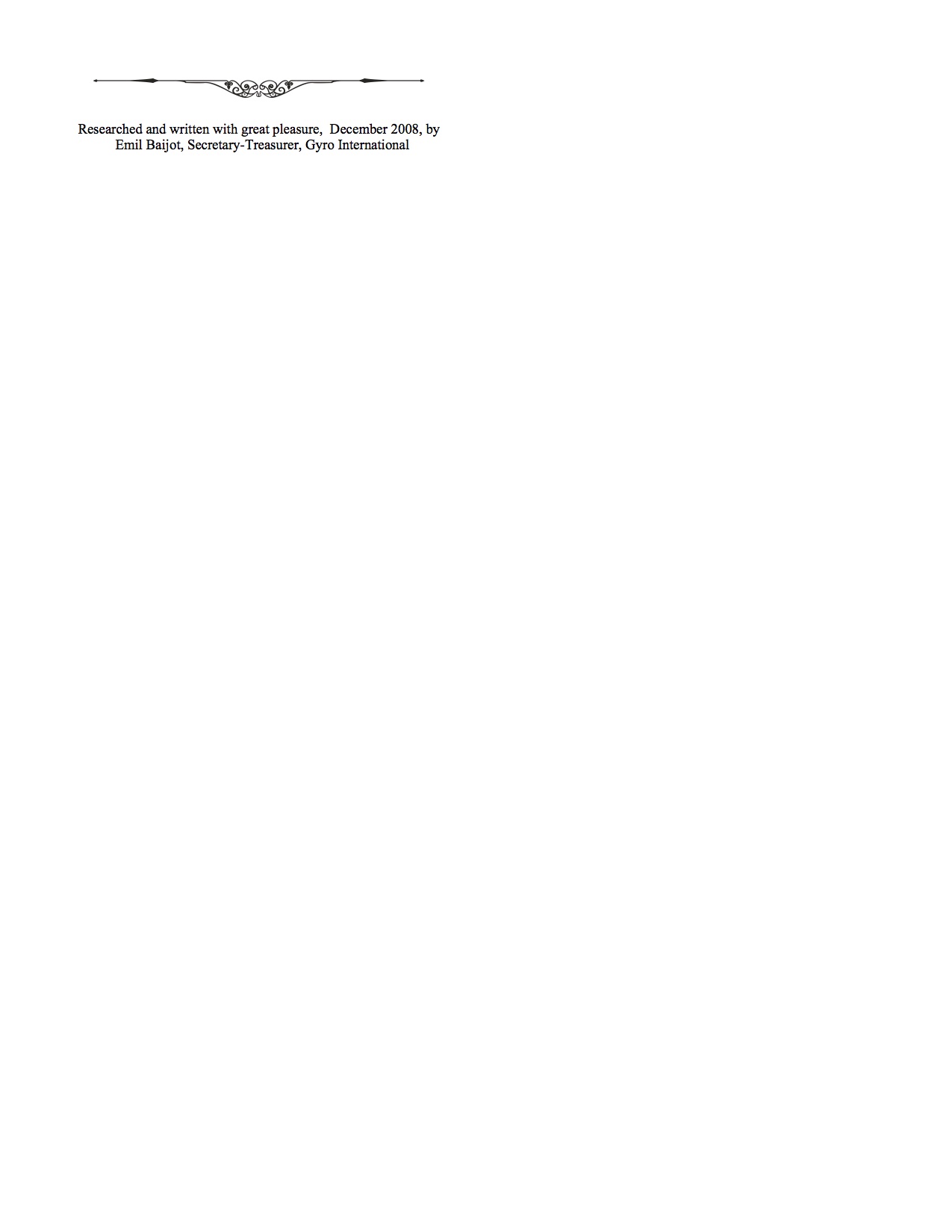