The community Christmas tree at the old hospital site was originally erected in 1967 by the Kitimat Jaycees with the co-operation of Crown-Zellerbach. 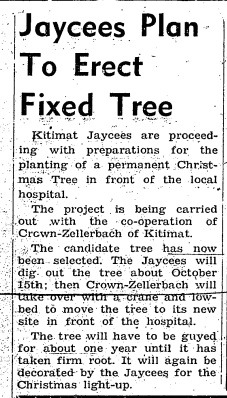 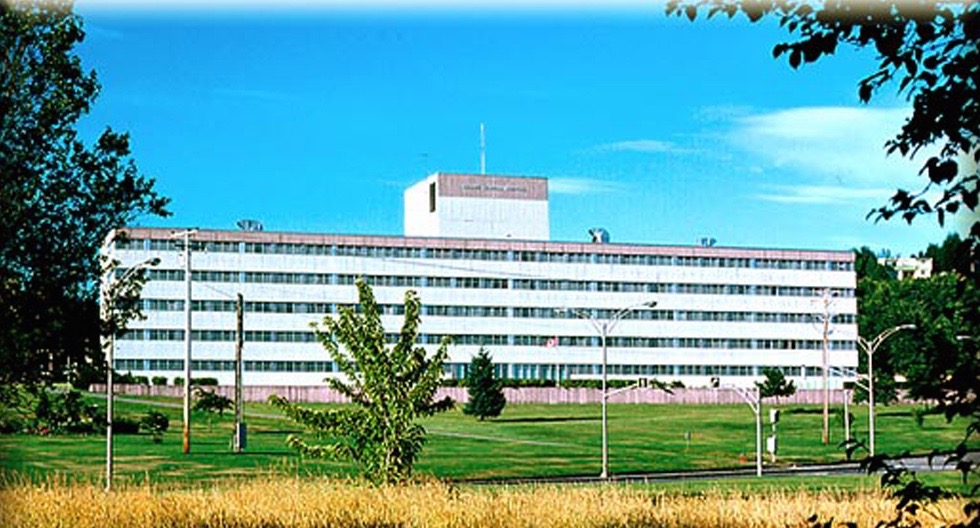 In the early 1970’s Gyro member Walter Bors of Kitimat Iron & Metal Works took on the responsibility of decorating the Christmas tree. The Christmas tree reminded him of the tradition in his native Germany and he believed it would provide some cheerful Christmas spirit for the patients in the old hospital as well as the community.

As the Christmas tree grew, the Gyro Club had many work parties to restring the lights and make them more visible and maintain the tree. The Gyro Club re-strung the tree with LED lights around 2009. 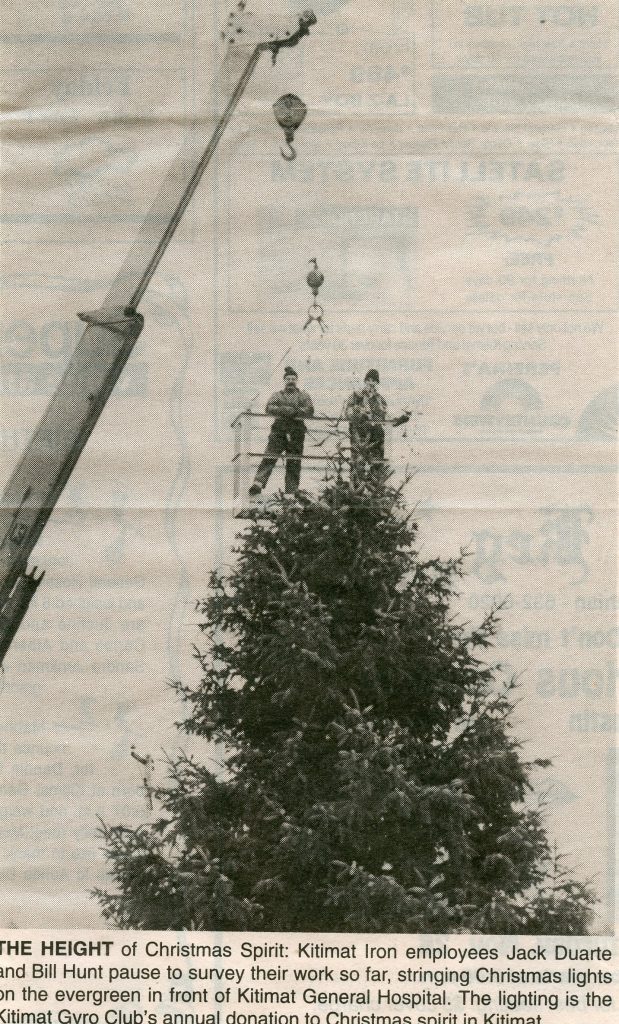 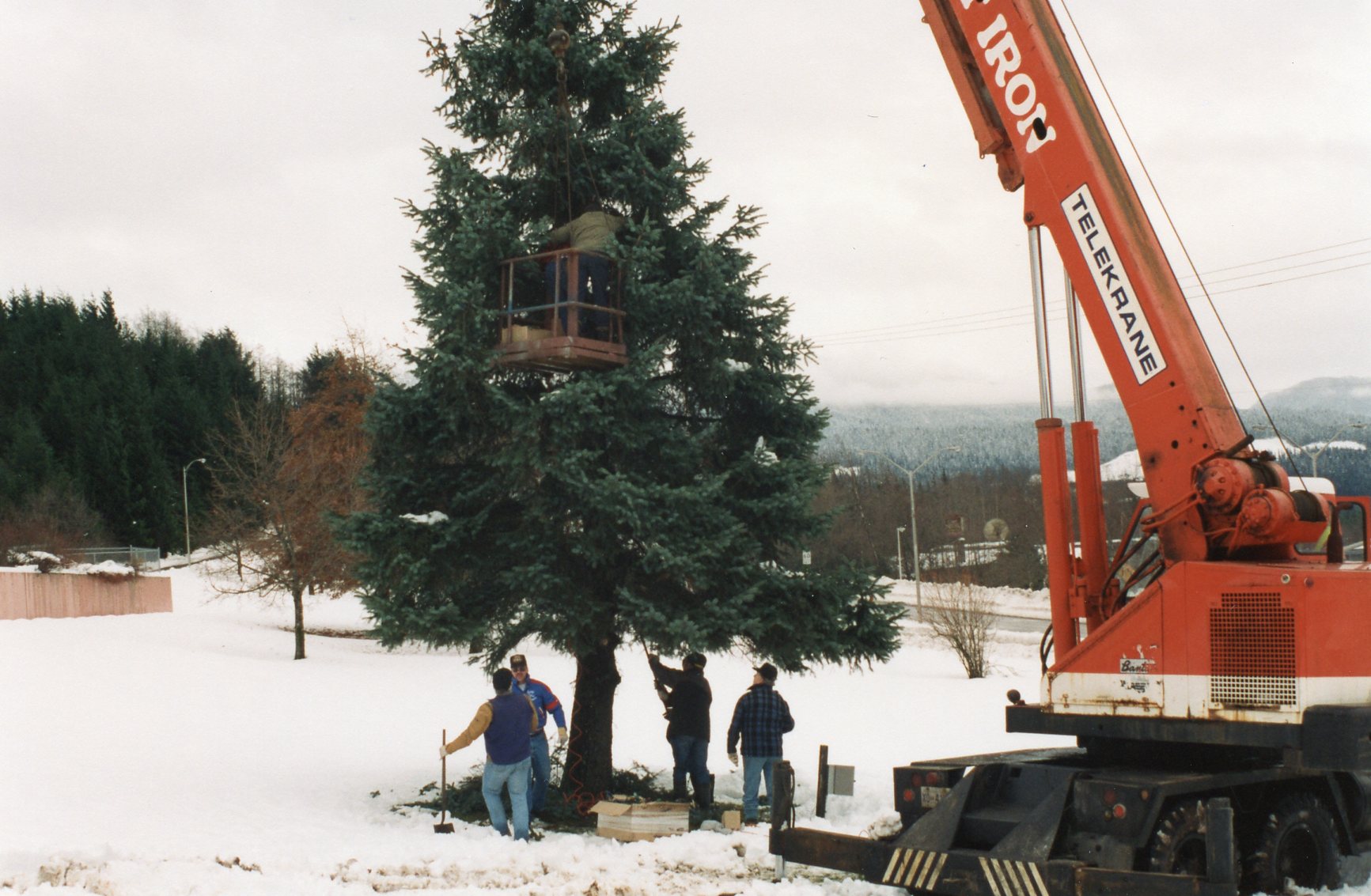 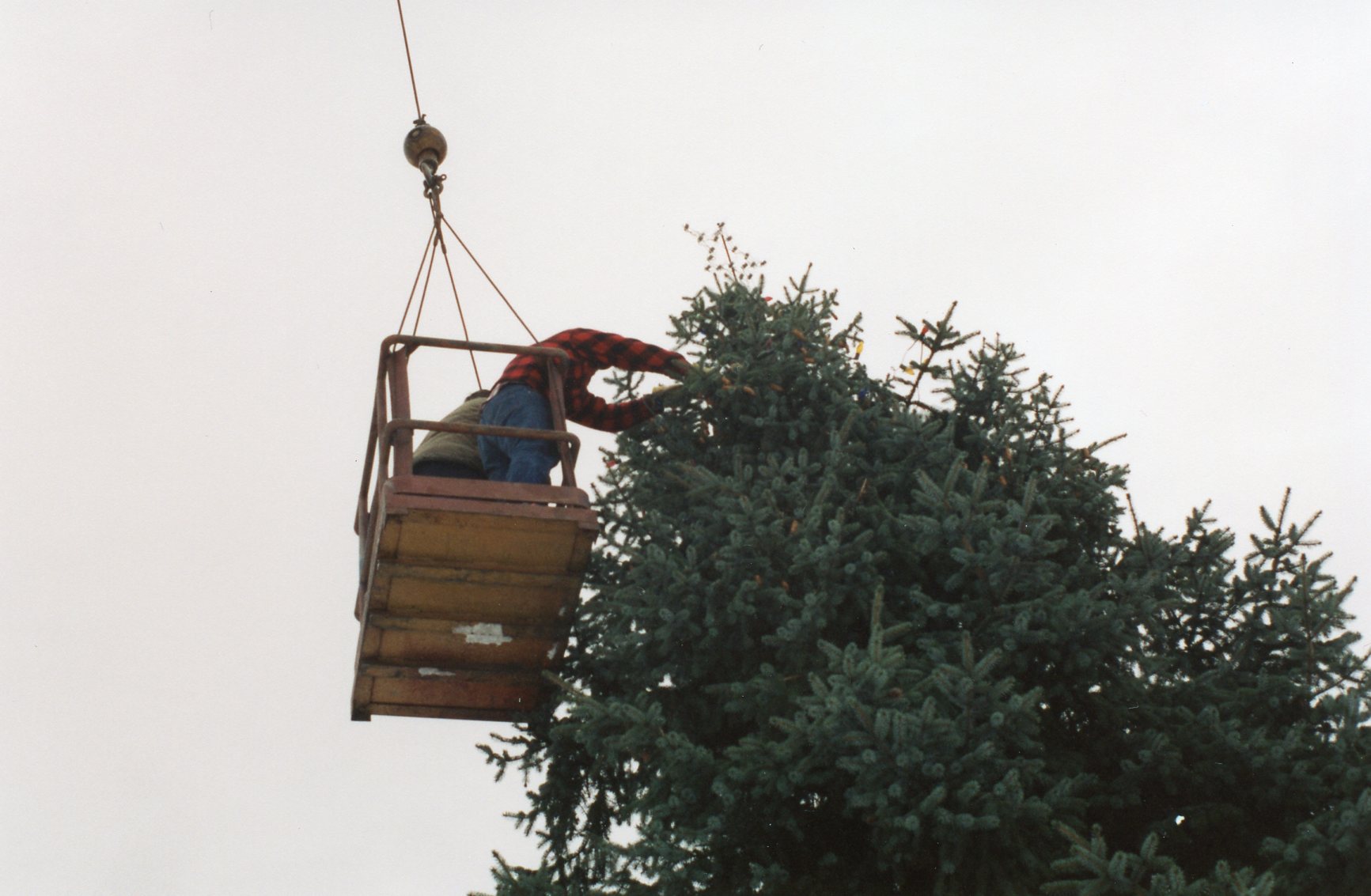 By the year 2015 the tree had grown to a height of 60 feet and had grown so much that it became difficult and unsafe to maintain. Also, the lights could hardly be seen. 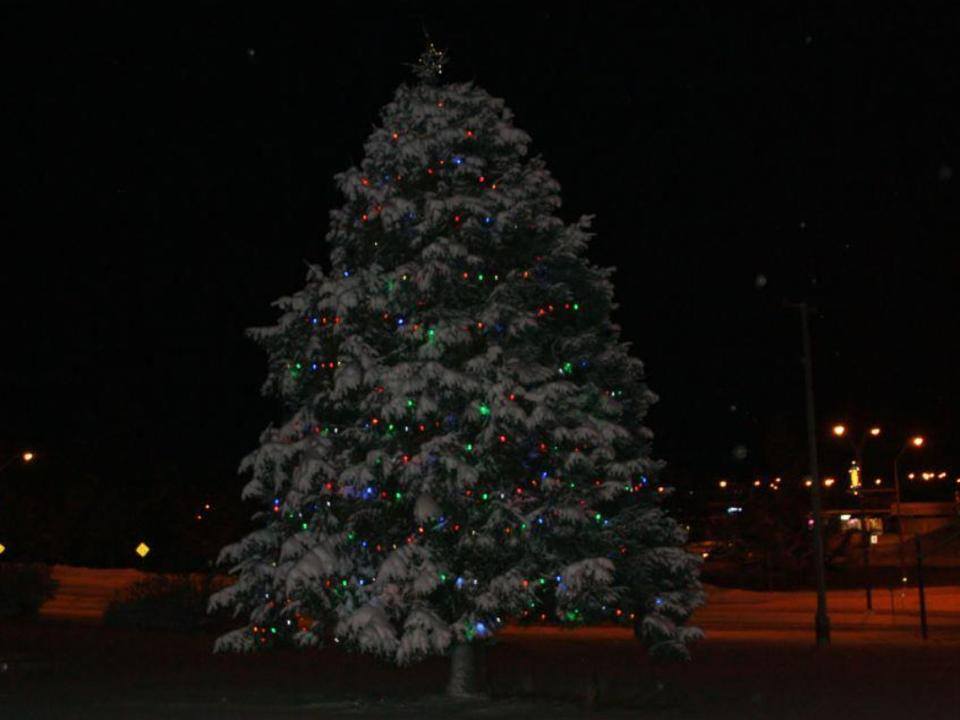 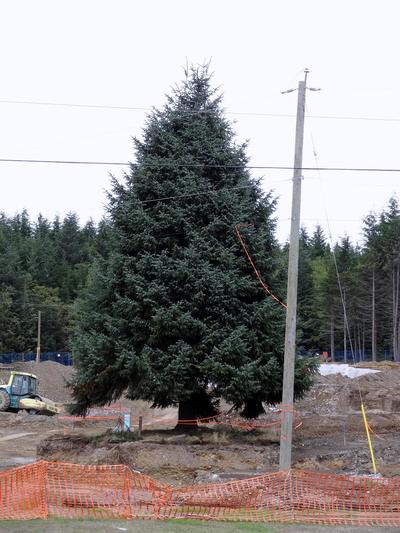 With the new Haisla Town Centre development at the old hospital site, it became apparent in 2015 that the original tree would need to be removed or relocated.

Unfortunately it was unlikely that the original tree would survive any relocation and removal of the existing strings of lights was deemed impractical. Thus a plan to get a new tree that would not grow more than 30 feet in height and new lights was proposed and agreed upon by the Haisla Nation, Kerkhoff Construction, the District of Kitimat and the Kitimat Gyro Club.

It was important to the Kitimat Gyro Club that the ornamental star from the original tree be refurbished and mounted on the new tree. This would provide some continuance from the old to the new tree and show a gesture of respect to Gyro Club Past President Walter Bors and all those who assisted in maintaining the tree over the years.

The plan and development of the Christmas Tree & Park Plaza in 2015 was also important and swung the Gyro Clubs decision for acceptance in replacing the original tree. 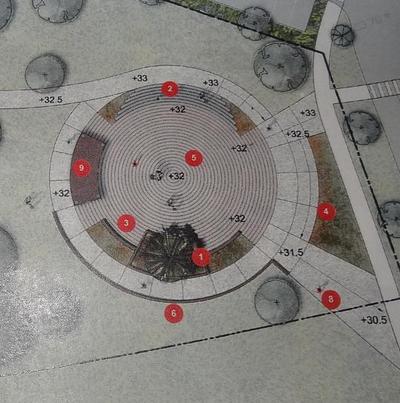 The original Christmas tree was removed on August 28th, 2015. 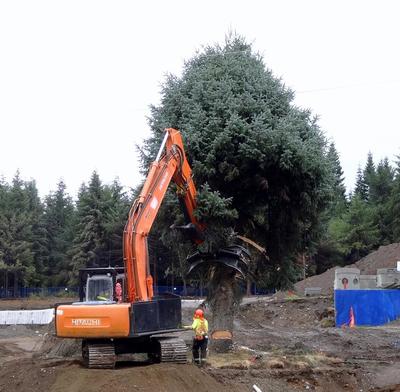 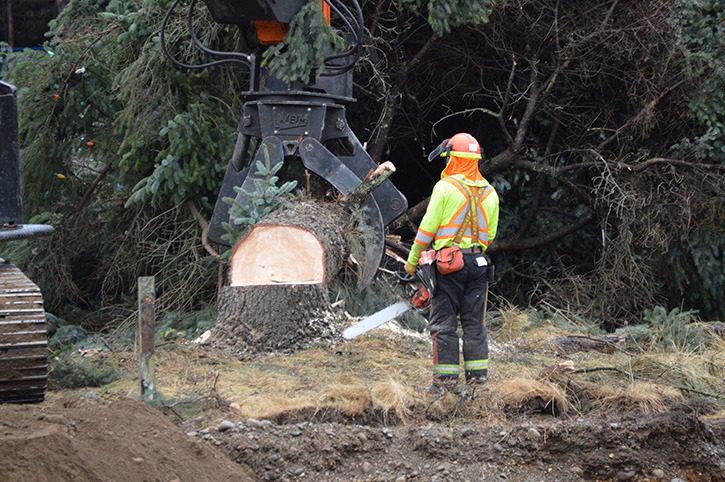 The new tree selected was a 19 foot high Colorado Blue Spruce. In a joint effort by the Haisla Nation, Kerkhoff Construction, the District of Kitimat and the Kitimat Gyro Club, the new tree was planted in a temporary location on October 26th, 2015. 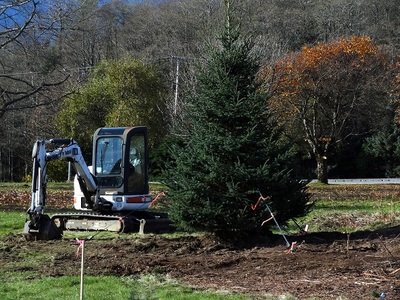 The new tree was moved to its permanent planter location in the plaza in 2015 and the lighting up of the tree is coordinated with the “Light Up Kitimat” festivities. 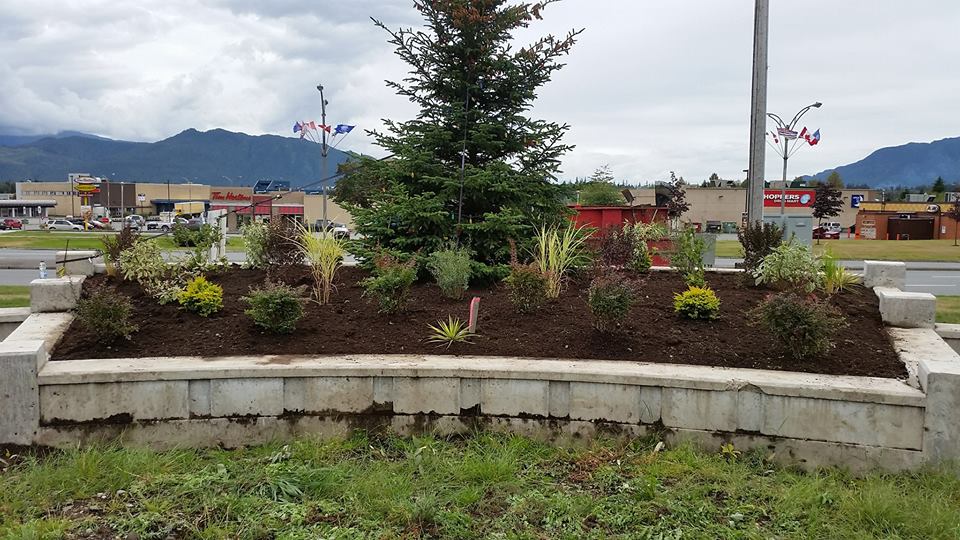 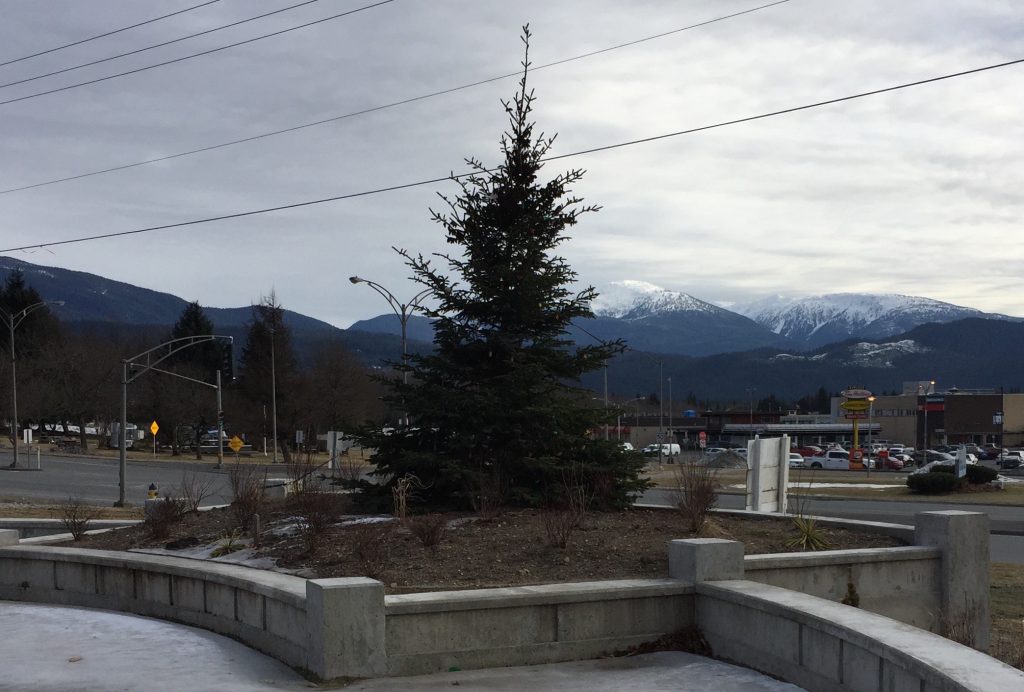 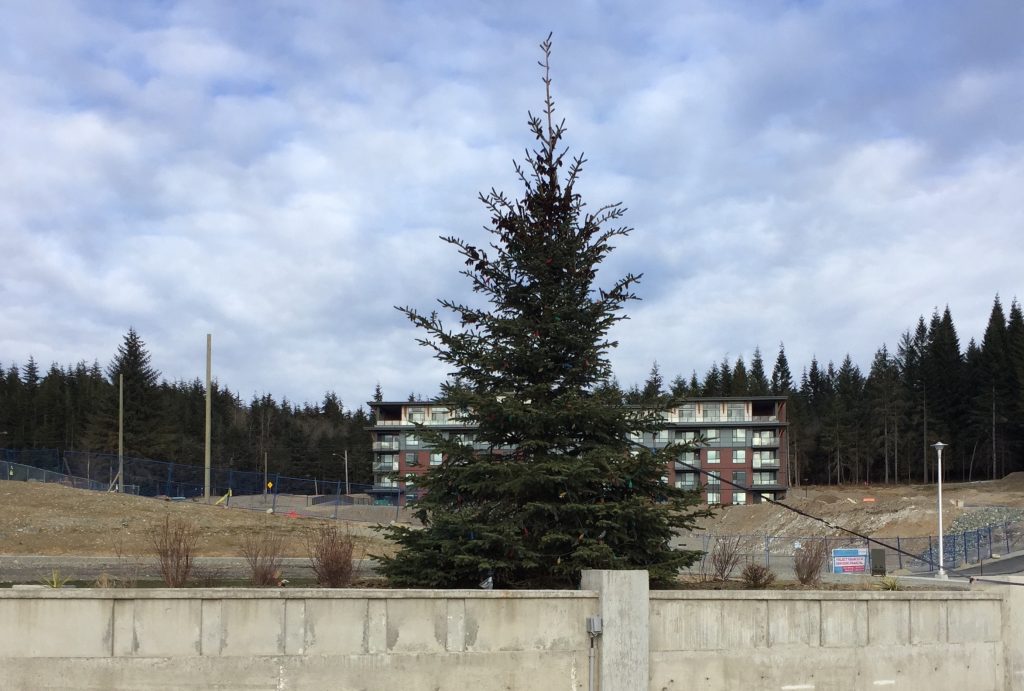 The Haisla First Nation covered the cost of original new lights for the tree and the cost to plant the tree in its new location.

The Gyro Club has been replacing the lights on the tree each year as it continues to grow.

The photo’s below are from replacing all the lights and adding the new star in November 2021. 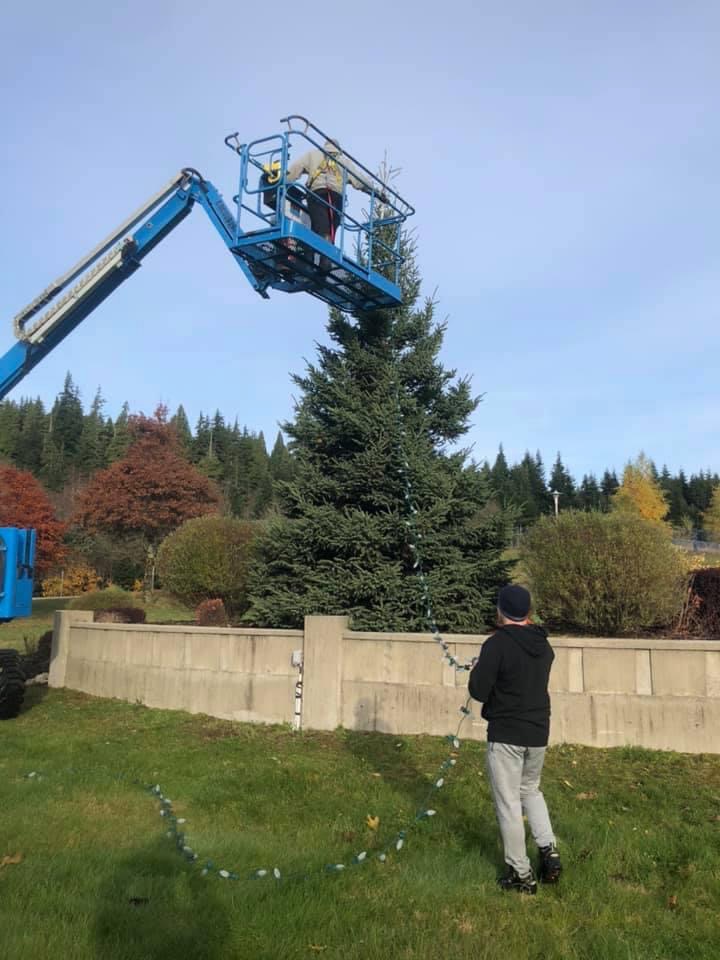 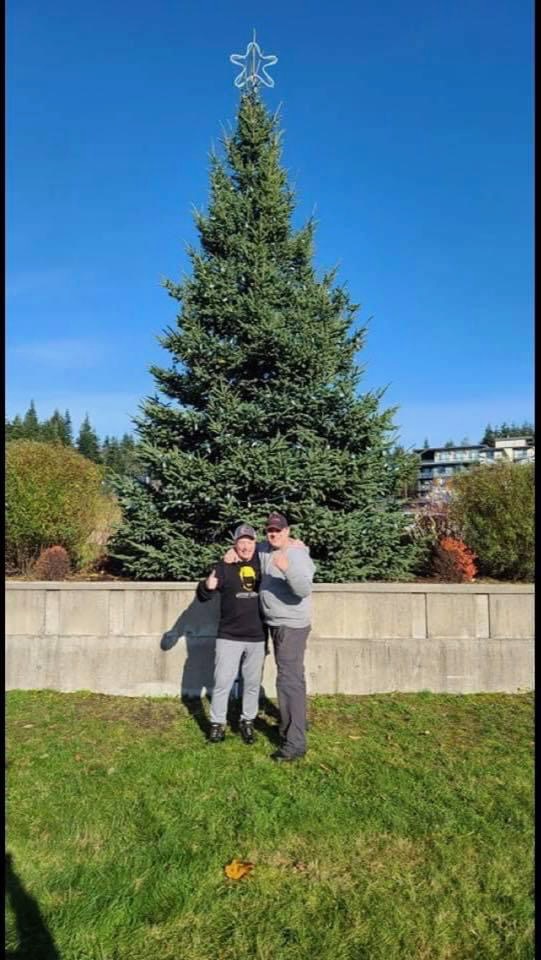 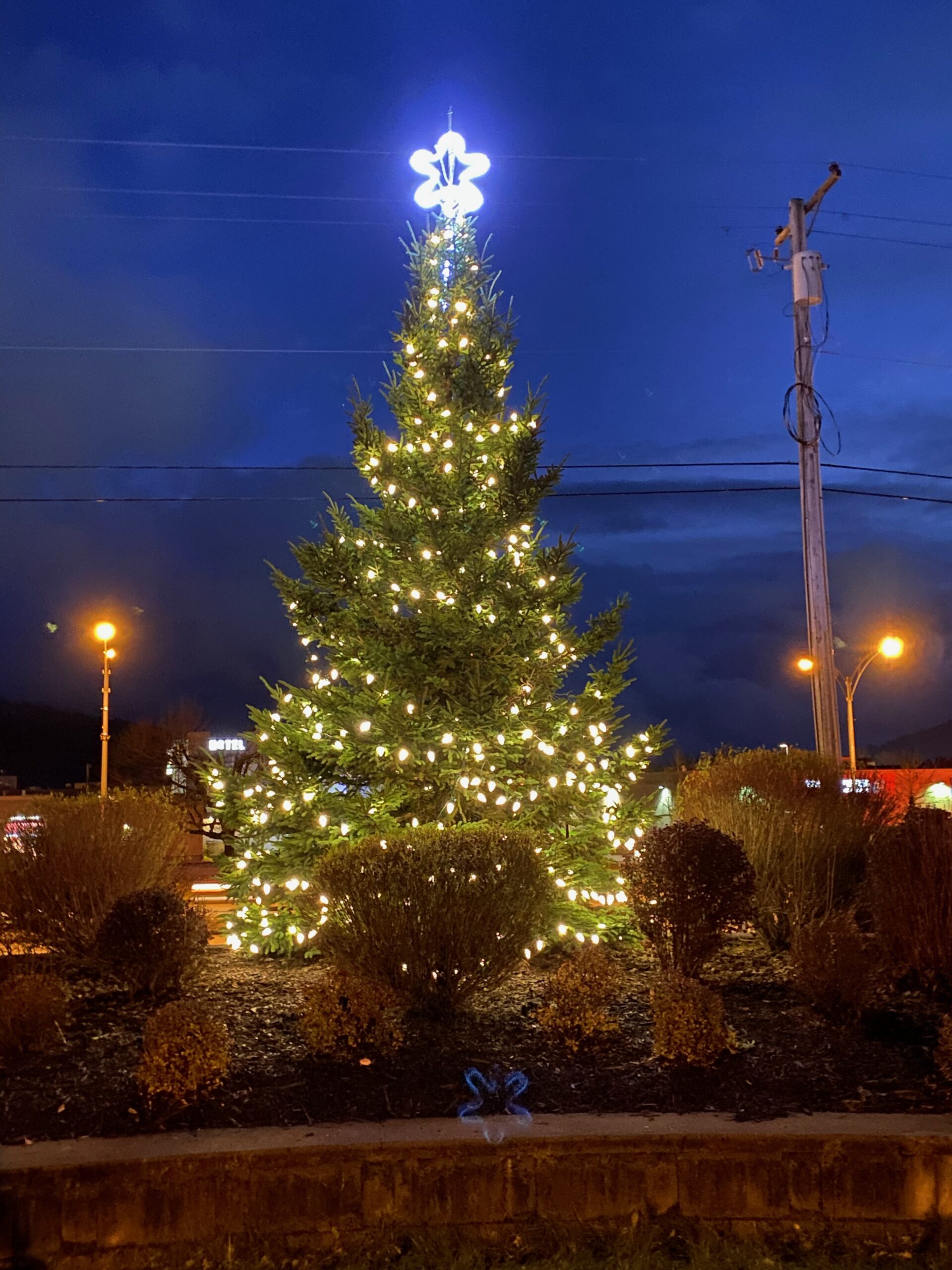 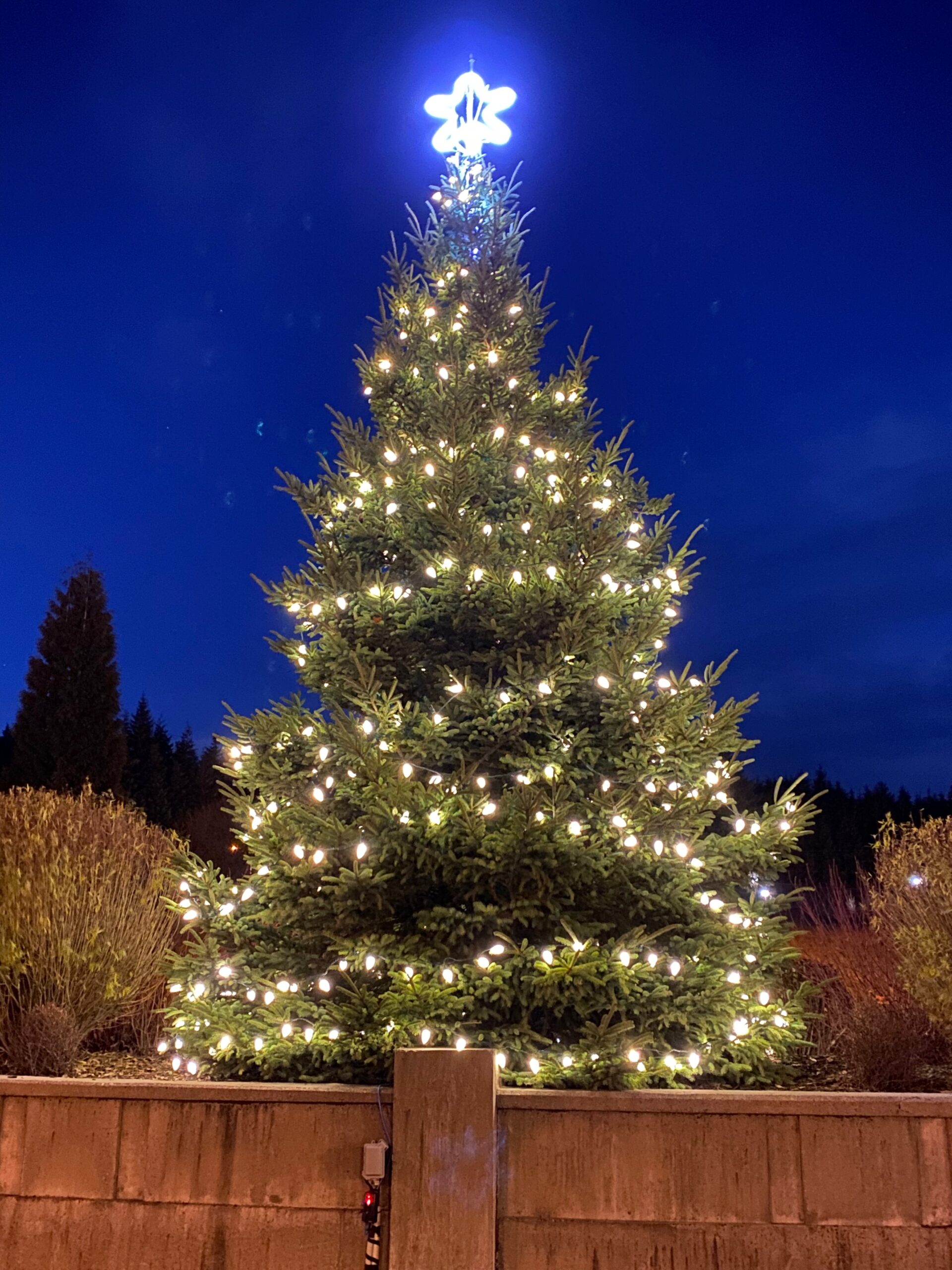 The Gyro Club in conjunction with the District of Kitimat will continue to be responsible for the future decorating and maintaining of the lights on the tree.